Talking About Issues The importance of maintaining your frame

We frequently have to be flexible with language use. Terminology changes, new acronyms are coined, and creative portmanteaus and abbreviations emerge. The use of language binds us all into a social contract to communicate along some agreed lines, but this does not trap us in stasis. All language users have to be flexible in learning, creating, and modifying their terms in order to fit the evolving discourse of culture.

But there are times when users should resist changes to language.

Increasingly political and social movements are born and disseminated on social media. In this hyperactive and attention poor environment organisations need short and punchy language that allows their cause to be clearly and briefly encapsulated. But activists must be wary of ‘over shortening’ and the potential for the distortion and dilution of their most potent messages.

Two groups that have recently been in the spotlight are Black Lives Matter, and the Antifascist movement. These two movements use language very strongly, identifying themselves through the use of what linguists call frames, to very clearly state their perspective on an issue.

Language frames are powerful linguistic tools that allow astute users to control a discussion and trap their opponents in uncomfortable ideological positions. They have an established history of use in political discourse, to represent distinct perspectives. Look at how legislation relating to firearms might be referred to either as “gun control” or as “gun safety”, with the ‘control’ frame suggesting a sense of top-down suppression looking to restrict user freedom, while “gun safety” suggests responsible ownership and considerate user protection. If you change the frame, you radically change the nature of the discussion around firearms legislation.

The Trump Campaign’s well known “Make America Great Again” slogan constitutes a frame in that it sets up contemporary America as somehow ‘broken’ and advocates for a return to a previous period of prosperity and renown, all under the guise of an apparently common sense desire for America to be great. When engaging with this frame, those involved in discussion are subtly obliged to accept its proposition of a contemporary ‘broken’ America, and if arguing against it become framed themselves as people looking to prevent or undermine American greatness.

Similarly, the Brexit campaign’s “Take Back Control” suggested a current state of a lack of control in British politics, and implied that opponents of Brexit were wilfully undermining British sovereign integrity. Each of these frames place their users opponents in the unfavourable position of seeming to be acting against the ‘common sense’ interests of their country, and can only be effectively countered by changing the frame and refusing to use the language in question. If you can control the frame, you can control the debate. 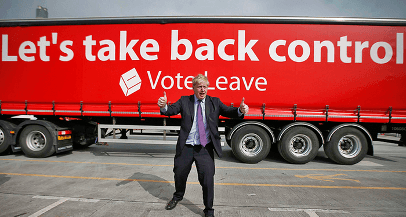 An example of an effort to change the frame of a discussion, can be seen in the increasing embrace of the term “energy freedom” by movements and groups concerned about combating climate change. Within this frame, moves to diversify beyond carbon-based fuel sources are no longer framed as being a fearful response to climate change science that some view with scepticism, but as an expansion of personal liberty, and an embrace of the economic opportunities of a growing market.

A current subtle language battle can be seen around the Black Lives Matter protests. The movement’s name creates a frame in which anyone wishing to express reservations about the group might end up saying that they are “against Black Lives Matter”, suggesting that they see these lives as of lesser value, and effectively unmasking a sense of prejudice. For this reason, opponents will frequently look to mask or change the frame when responding, perhaps saying instead that they are “against BLM”, apparently the same statement as above, but helping to disguise the prejudicial connotation.

A similar theme can be seen when Donald Trump and right-wing commentators refer to Antifascist groups as “Antifa”. To be against the antifascists implicitly would be to be fascist, but to be against “Antifa” can instead be put forward as an appeal for order and the de-escalation of protests.

What does all this tell us? Firstly, it reveals the important role that language can play as a tool for progressive causes. Secondly, it reveals the importance of being aware of how political and social discussions are framed, and not using language that privileges a viewpoint that you do not support. Thirdly it reveals the need for care, and the avoidance of abbreviations and of alterations when allies seek to spread the messages of progressive groups, in order to ensure that they are not changing or masking key language and as a result diluting a message that they are intending to amplify. 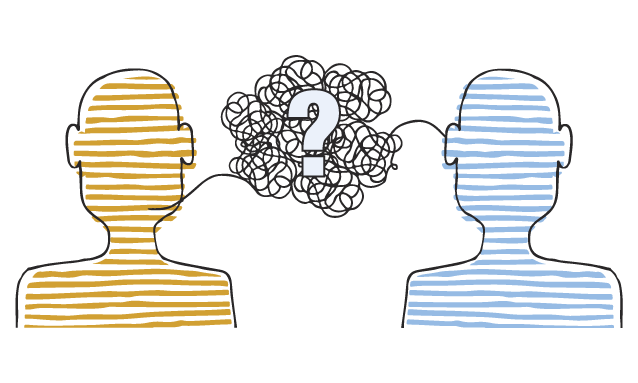