As we approach the Queen’s Platinum Jubilee, British brands are gearing up with activations, limited edition products and campaigns to mark the occasion. From M&S’ Union Jack throws and regal shortbread biscuit tins; to Fortnum and Mason’s #PlatinumPudding competition; and even Iceland’s crown shaped chicken nuggets; the whimsical eccentricity of archetypally British cakes, crowns and commemoration begins to blur into dated repetition. Does this archetypal iconography still communicate Britishness in a UK navigating its post-Brexit identity? What are the new ways that Britain is redefining itself and how can brands embrace these changes to retain cultural relevance?


IN BRITAIN: Playing to Polarisation

In the wake of a Brexit vote that split the nation into opposing binaries of ‘leave’ and ‘remain’, its polarising effect continues to permeate British culture. Brands with an existing equity in causing controversy have leaned into the ‘two extremes’ narrative.

Piers Morgan’s recent ‘comeback’ campaign exploits this polarised climate. Capitalising on his personal brand of contentious, and often problematic, opinions, his new talkshow titled ‘Uncensored’ suggests an unapologetic rebellion against media broadcasting’s supposed associations with suppressing sensitive content. Ad campaigns feature his face split by imagery of a glowing white halo and red devil’s horns, referencing ‘love him or hate him’ to tap into residual notions of the ‘good/bad’ binary. This deliberate coding of two extremes suggests the maintenance of a sense of inflammatory binary provocation present in post-Brexit culture. 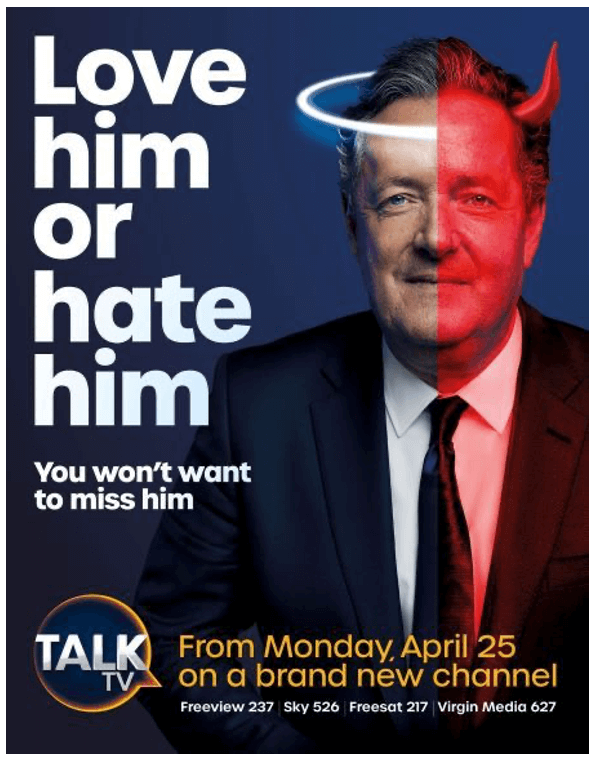 But these fires are continually quenched with a good dose of Great British humour. Marmite too employ their longstanding history of eliciting ‘love it or hate it’ reactions from across the nation. Drawing on the sonic similarity between ‘Brexit’ and ‘Breakfast’, and Marmite’s centrality to the mealtime, they subvert the language of ‘hard’ and ‘soft’ Brexit to describe the divisive nature of marmite itself. Their ‘dividing the nation’ tagline makes light of polarised modern politics to ease the mood the best way we know how – through dry, playful wit. 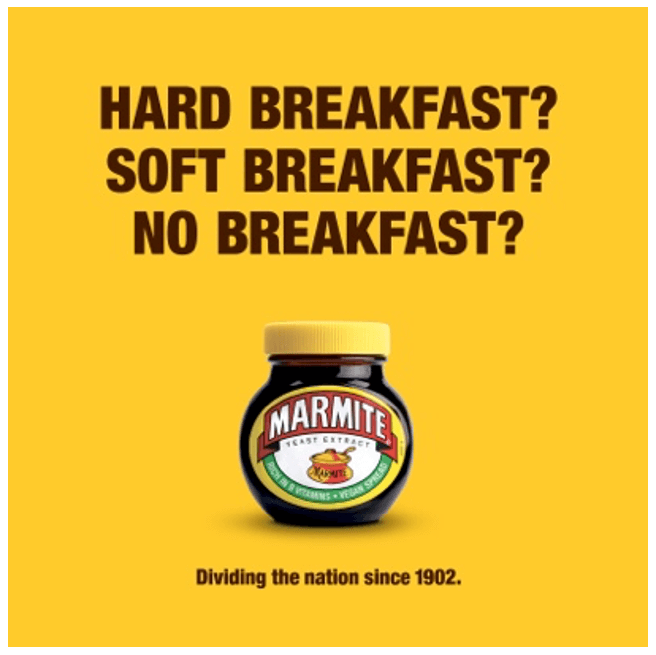 TO THE ATLANTIC: Whimsical British Eccentricity

As new trade and travel rules fray ties between Britain and Europe, the nation is facing North America in a more direct way to form alliances. Whilst this may seem like a step forward, transatlantic cultural manifestations of Britishness often look backwards into nostalgic history.

An ongoing fascination with the quaint, demure whimsy of British antiquity is evident in the popularity of TV series like The Crown and Downton Abbey (the most watched drama in PBS history). Downton Abbey’s representation of early 20th century aristocracy is romanticised, sensationalised and idolised – with exhibitions, immersive experiences and even Airbnb listings of the house making a commercialised brand of the show. Similarly, The Crown draws on melodramatic scandals of the British monarchy, with the symbol of the crown itself coding a tie to royal legacies and bloodlines; Britishness in an American context still codes gentility, order and social structure.

Brands like Charles Tyrwhitt leverage this sustained prevalence of eccentric British iconography to maintain relevance in America. Specific reference to ‘Jermyn Street, London’ creates a sense of place, dialled up by imagery of black cabs and tube stations across social media communications. However, this London identity is openly conflated with wider Britishness, with brand activations referencing the rugged informality of National Rugby and local pubs which sits at odds with their tagline claiming to offer ‘Proper Shirts’ coding refined propriety. The brand creates a fantastical, and actually place-less, Britain – tailormade for a market that still glorifies old narratives of Britishness instead of championing new ones. 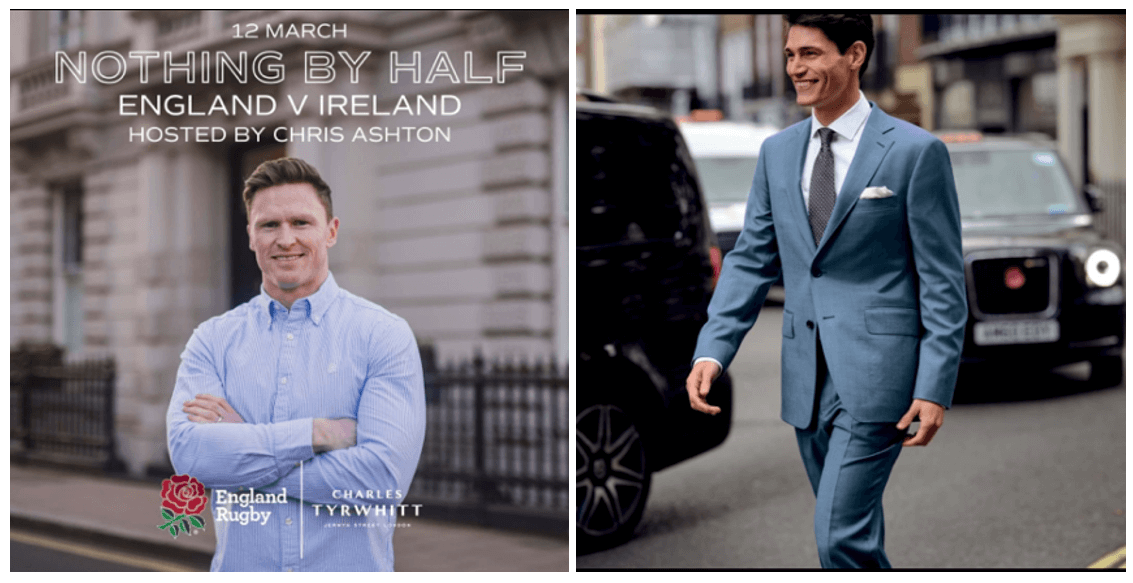 BUT, to understand and align with these emerging new British stories, brands are looking to the people who are telling them. These storytellers are increasingly having their voices heard on worldwide platforms – from the global rise of UK Grime and Drill music from the streets of London, to self-made sportspeople like Emma Raducanu and Marcus Rashford, and performers like Riz Ahmed winning Academy Film awards. British talent is not one-dimensional, it is intersectional – these names, amongst other emerging ones, belong to people who identify across various intersections of race, class and gender to represent a newer Britain which is more confidently open and multicultural. In spite of post-Brexit controversy and ongoing associations with monarchic restraint, it is British imagination, creativity and expertise which shines out and rises from the ground up. Brands like Burberry, Chivas and Porsche, historically tied to notions of inaccessible luxury, are collaborating with these superdiverse figures as the new icons of Britishness – and this is crucial to ensuring cultural relevance to modern Britain and beyond. 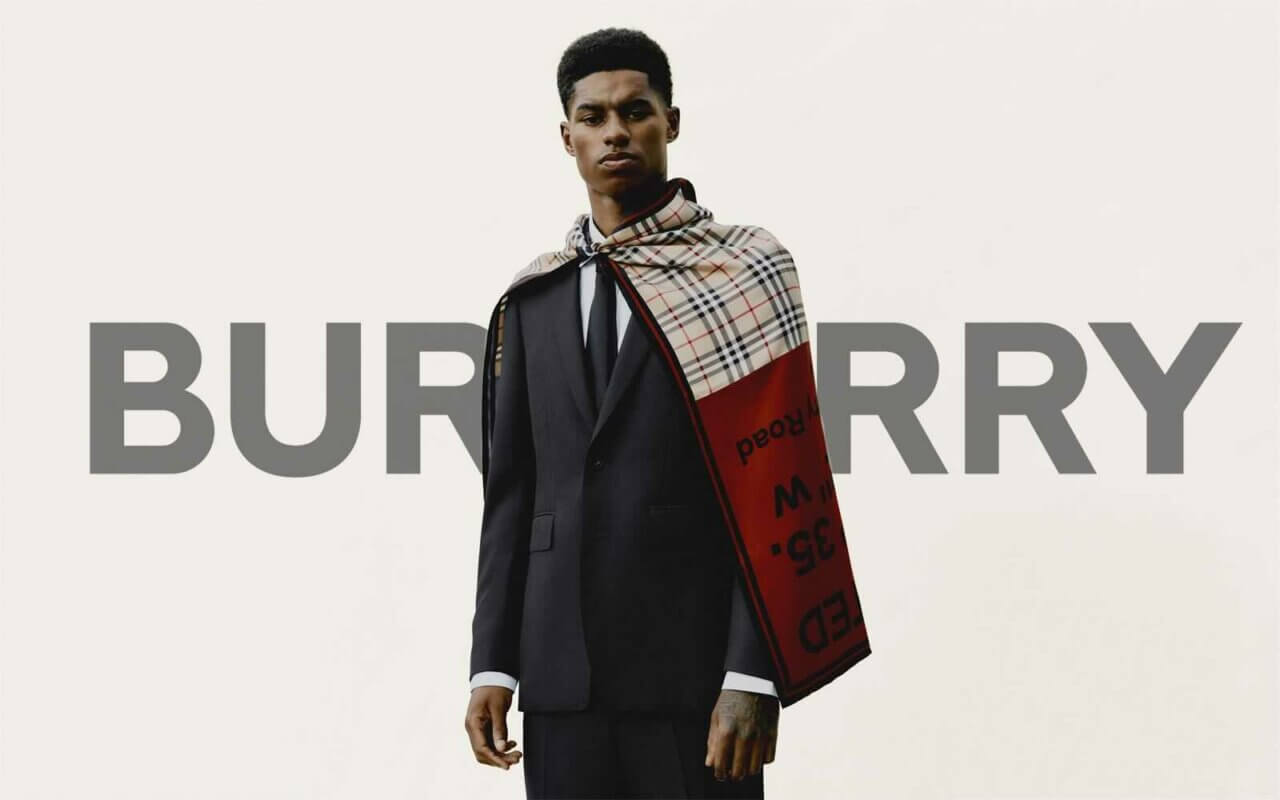