Lunar New Year China (and Beyond)

It’s February, so you might be forgiven for thinking the festive season is behind us, but for a good sixth of the world’s population, the main event has only just arrived. According to the traditional Chinese lunar calendar, 12th February 2021 marks the start of the Year of the Ox.

It’s not just an event observed in China, either. Across South East Asia, it’s of huge importance for the sizeable diasporic Chinese populations of Malaysia, Singapore and Indonesia, while the same day marks Lunar New Year in both Korea and Vietnam. Traditionally, it’s a time of family reunion, celebration, eating, and giving – in other words, an event that brands need to take seriously.

However, as with most festive occasions around the world, the scope of Lunar New Year celebrations has been severely curtailed by Covid – and in China at least, for the second year in a row. The start of the Year of the Rat was at the end of January 2020, and our family get-together was one of the last occasions I remember from before the pandemic. This year, like billions of other families, we’re going to have to celebrate virtually. For a festival that’s all about old-world tradition and togetherness, this begs the question: how can brands engage with consumers in a very different landscape?

Given the circumstances, it’s all too easy to fall into maudlin sentimentality. This is certainly the case with the 2021 Chinese New Year campaign of Malaysian consumer electronics and furniture brand Courts. Titled ‘Where There’s Love, There’s Home’, the TVC centres on an grandmother preparing her family’s favourite seasonal foods, only to end up eating them alone in her kitchen (albeit while speaking to her young grand-daughter via video chat).

A more interesting approach can be seen in Coca-Cola’s 2021 campaign in China, ‘CNY Confessions’. The TVC centres around three young characters, each of whom traditionally dread New Year, but for different reasons. Meiling is a teenager who longs for a moment’s privacy when her home is filled with karaoke-singing relatives, while Xiaoming complains of being used as his family’s errand boy. ‘Little Piggy’, meanwhile, is an urban migrant worker who resents the long and uncomfortable bus journey he must take each year to return to his grandmother’s village home.

However, the isolation of the pandemic brings each to realise just how much they miss the togetherness of the season. With some elevated restrictions on travel within China, 2021 is characterised as a bitter-sweet opportunity for reunion and reflection – with Coca-Cola as a sweet celebratory lubricant, of course. The campaign is touching yet not without humour, and its focus on ordinary, everyday experiences is carried through in an activation that invites consumers to share their own ‘CNY Confessions’ via an on-pack QR code. Coca-Cola’s campaign is effective because it honestly reflects everyday consumers’ lived experiences, while offering realistic optimism for the current festive season. 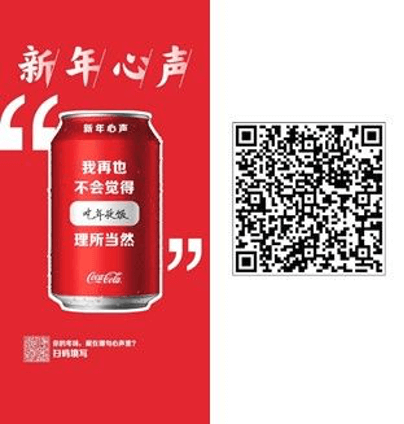 Beyond mainland China, many countries still have stringent social distancing measures in place. Here, New Year celebrations remain very much virtual affairs, overshadowed by disappointment at the suspension of old traditions. This is explored effectively in a Samsung-sponsored short film by Malaysian YouTuber Jin Lim, better known as JinnyBoy.

‘The Last Dance’ takes a look back on the previous year through the eyes of a local lion dance troupe. Trained under the exacting Master Liu, Meng and his friends recall trying to make innovations to their performance (gluing LED lights to our costumes, anyone?), only to have their efforts thwarted – tradition is tradition, says Master Liu.

But that’s all in the past – the pandemic has put paid to traditional New Year celebrations, lion dances included, and the boys find their former mentor forced to make ends meet as a street corner bau hawker. As they help pack up the lion dance academy, the four young men decide to do the ‘last dance’ of the title – and live stream their performance, LED lights included.

As luck would have it, the display goes viral, saving Mr. Liu’s academy as demand grows for virtual lion dances (with the help of sponsor Samsung). This content resonates with consumers through its mixture of humour, pathos and authentic engagement with local Malaysian culture – one distinct from that of contemporary mainland China. Samsung’s decision to partner with a local social media influencer in this way allows the brand to communicate with target consumers more meaningfully than they might have done otherwise.

It goes without saying, but tokenistic nods towards acknowledgment of major cultural events can do more harm than good for a brand. Take Lululemon’s Lunar New Year collection, for example. Tucked away underneath the sale section on the brand’s website, the collection consists of 12 pieces featuring the colour red; there is no copy or imagery linking the clothing to New Year, but it is worn by models apparently of East Asian heritage. 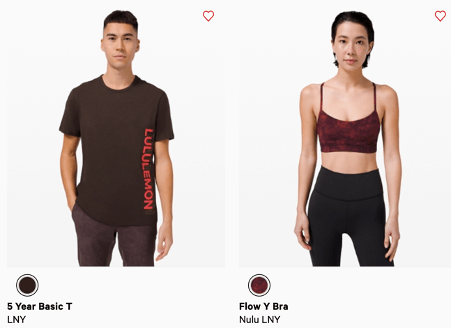 Leaving aside the tokenism of this offering, the choice of items themselves reveals a lack of cultural insight. While purchasing new clothes is part of many people’s New Year ritual, the wearing of black or white over the celebratory period is traditionally frowned upon, owing to the association of these colours with death and mourning. As such, Lululemon’s Lunar New Year efforts ring hollow, and add little value for the brand. 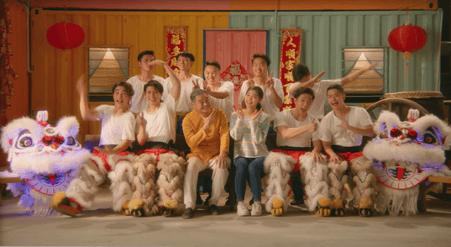