Barbie: About that movie

It seems the more irrelevant the original notion of “Barbie” – as archetypal femme whose diversity comes in ‘blonde’ or ‘brunette’ – becomes to contemporary culture, the more relevant the Barbie brand itself becomes. Whether as the subject of celebration or denigration, culture’s enduring fascination with Barbie is undeniable, as testified by the forthcoming movie (cued for release in 2018).

We don’t know much about the movie so far, but the rumours are thus:

Still, the fact there’ll be a new movie speaks volumes. Barbie was born at a particular moment in time (March 1959, specifically), when the western “male gaze” both held a certain influence, and held that the ideal woman look a certain way. In fact, America’s dream-doll was modelled on Germany’s ‘Bild Lilli’, a saucy pin-up doll and cartoon caricature designed for a male audience who would apparently appreciate her identity as a supposed “gold-digger, exhibitionist and floozie”.

Constructed according to the dictates of the male gaze (dainty features, domestic sensibility, provocative dress), on a more immediate level the American Barbie was designed for the female gaze, one belonging to the girls and mothers who bought her. There’s an interesting, circuitous cultural narrative here; Barbie began as a female embodiment of 1950s popular culture (of which Hollywood was a crucial part). Now, Hollywood is making a live-action movie about Barbie, in which she breaks from the mould that same culture industry defined. That brand narrative tells us something about the shifting cultural semiotics of ‘play’ and ‘dream’ vs ‘real’ over the past half decade or so. Barbie may have her own life story (more on that later), but the Barbie™ brand story is equally integral to her charm. Is there anything more quintessentially American than a narrative that begins with Ruth Handler, inspired by watching her daughter play, presenting the first Barbie to a skeptical corporate audience at the New York Toy Fair, 1959? The idea that you (a woman) can achieve anything with ingenuity and dedication is built into the brand framework. While Barbie has been berated as a symbol of women’s subjugation – with her platinum blonde hair and uncannily sylphlike proportions – Handler, President of Mattel Inc, remains an undeniable bastion of feminine achievement. Ironically, such professional prowess was often distant from the Barbie doll she created. Handler herself couched her role in somewhat domestic terms, stating: “I’m Barbie’s mom.” Barbie can be seen as a barometer of female aspiration, as defined by consumer culture. Looking back to adverts of the seventies and eighties, it’s clear the doll didn’t have to justify her existence in the same way as she does today. For much of the 20th century, her appeal was defined by having more (more winter outfits, more hairstyles, more furniture, etc.). In the 21st, Barbie’s appeal is more about being more. Recent evolutions in Barbie-land include the diversification of body types, of skin tones, and careers. The proposed 2018 movie plot takes this further, with its meta-narrative simultaneously chastising Barbie’s narrowness, and championing the presumably ‘true’ Barbie, who isn’t like the others.

‘We are all Barbie, but some of us are more Barbie than others’

Singularity and plurality have been creatively interpreted by Mattel from the beginning. The Sign Salad office recently acquired the official “The Art of @BarbieStyle” book (for research purposes exclusively, of course). We were struck by the ease with which Barbie slipped between third person and first, singular and plural. Across the globe, “Barbie doll” is the moniker used for hundreds of different ethnicities and personas, all deemed equally Barbie. At the same time, she’s often constructed as a singular persona, with a singular biography, one seemingly wedded to Mattel’s blonde, slim, pink-lipped original. On the official Barbie website, we’re told she is ‘from Wisconsin’ and has had over ‘180 inspirational careers’(!). This might seem a casual contradiction, but each of those identities reinforces the power of the other. The impossibly plural nature of Barbie has meant that people can project themselves onto their own Barbies comfortably. We all own Barbie; she is everyone and no one.

How can the consciously stylised Barbie doll stay real in the age of realness? Barbara, the name from which ‘Barbie’ stems, is rooted in the Greek barbaros, meaning ‘foreign’ (or even ‘barbaric’). Barbie might represent a foreign dreamworld for escapist play, but she’s fundamentally serious. The brand has long been challenged over Barbie’s responsibility to reality, with contention seeming to revolve on an axis of imitation: is she imitating us, or are we imitating her?

Diversifying representation isn’t enough. Mattel is among the brands already being called out for celebrating inclusivity as a profitable fad. Interestingly, Barbie sales have continued to drop since they launched the new range of body shapes. Barbie may have had 180 jobs, but she needs to work harder to signify her representation of choice, beyond the superficial. Having expanded her body type and visible identity, will the movie provide the next step for progressive Barbie, going deeper to diversify her… personality? Will there be ‘vulnerable, occasionally sarcastic’ Barbie? Will she be introverted? The live action film is tasked with building on and toying with Mattel’s heritage; nuancing Barbie’s character in a way that positions her as truly authentic, whilst retaining her aspirational playfulness. We’re looking forward to seeing trailers – and to seeing how the dolls respond, as pop culture turns its mirror back to them, rather than the other way around. 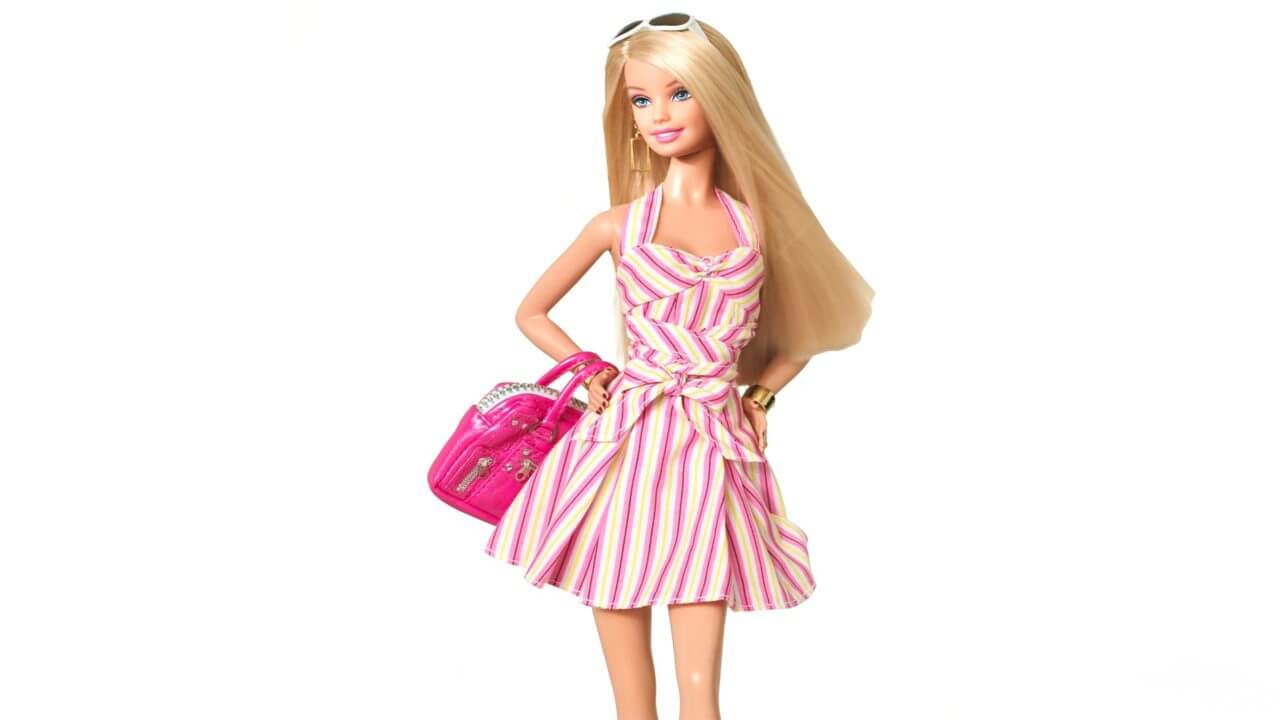